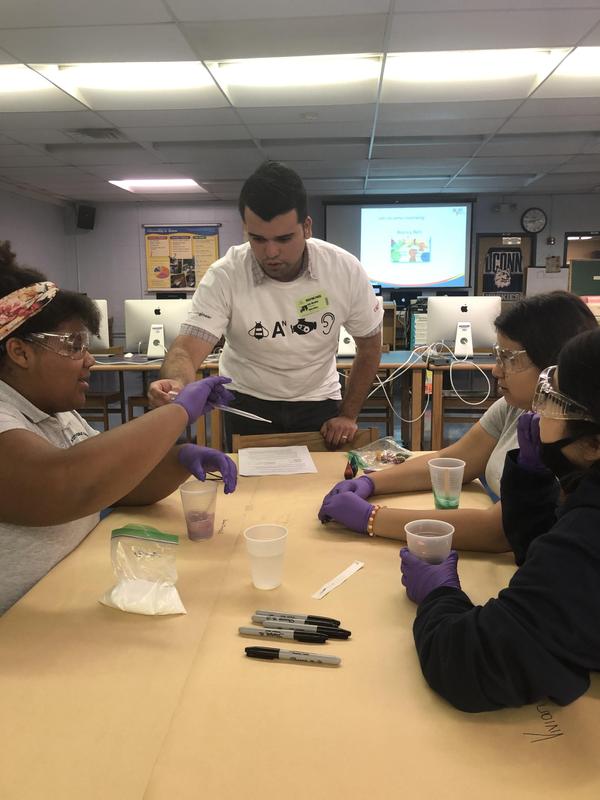 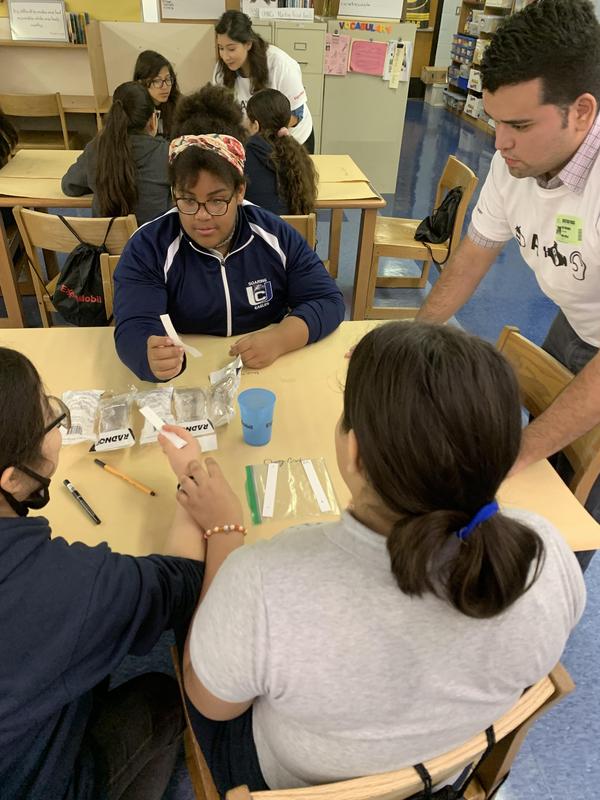 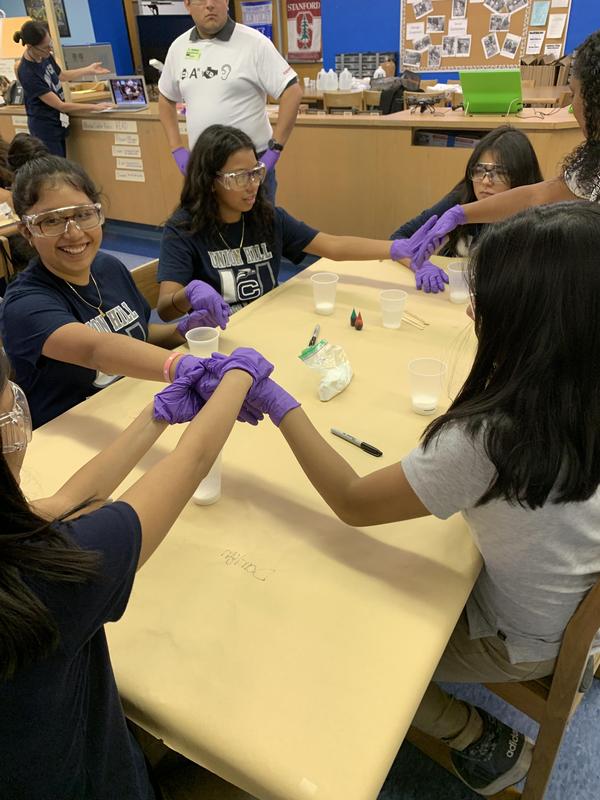 On October 4th, girls from Union Hill Middle School benefitted from ExxonMobil’s Introduce a Girl to Engineering program. Since the birth of the program in 2003, more than 14,000 students have been guided through critical thinking experiments, teaching them to use inventiveness and resourcefulness in the classroom.  Girls also learned that STEM knowledge can extend beyond the classroom into successful engineering careers. An engineer leading the program was one of Union City’s own success stories, Luis J. Mendez, who now serves, at ExxonMobil, as Americas Asphalt Technical Advisor.  At the age of 9, newly arrived from Guatemala, Luis was a young student at Washington School, where he later graduated as Valedictorian.  He then moved on to UHMS, and then Union City High School.  He graduated from NJIT and began his career as a Chemical Engineer with ExxonMobil.  Bringing ExxonMobil’s Introduce a Girl to Engineering program to UHMS is his way of giving back to the community that helped him build his own success.  #BeAnEngineer